is famously known for founding and establishing the Angevin Empire

Henry II (5 March 1133 – 6 July 1189), ruled as King of England (1154–1189), Count of Anjou, Count of Maine, Duke of Normandy, Duke of Aquitaine, Duke of Gascony, Count of Nantes, Lord of Ireland and, at various times, controlled parts of Wales, Scotland and western France. Henry, the great-grandson of William the Conqueror, was the first of the House of Plantagenet to rule England. Henry was the first to use the title “King of England” (as opposed to “King of the English”).

Like his grandfather, Henry I of England, Henry II had an outstanding knowledge of the law. A talented linguist and excellent Latin speaker, he would sit on councils in person whenever possible. He dressed casually except when tradition dictated otherwise and ate a sparing diet.

He was modest and mixed with all classes easily. “He does not take upon himself to think high thoughts, his tongue never swells with elated language; he does not magnify himself as more than man”. His generosity was well-known and he employed a Templar to distribute one tenth of all the food bought to the royal court amongst his poorest subjects.

Henry also had a good sense of humour and was never upset at being the butt of the joke. Once while he sat sulking and occupying himself with needlework, a courtier suggested that such behaviour was to be expected from a descendant of the bastard son of a tanner’s daughter (referring to his great-grandfather William the Conqueror being the son of Herleva, daughter of Fulbert a tanner from the Norman town of Falaise). The king rocked with laughter and even explained the joke to those who did not immediately grasp it.

“His memory was exceptional: he never failed to recognise a man he had once seen, nor to remember anything which might be of use. More deeply learned than any king of his time in the western world”.

In contrast, the king’s temper has been written about. His actions against Thomas Becket are evidence of his blinding temper, along with his conflict with William I of Scotland.

Henry II was born in Le Mans, France, on 5 March 1133. His father, Geoffrey V of Anjou (Geoffrey Plantagenet, son of Fulk of Jerusalem), was Count of Anjou and Count of Maine. His mother, Empress Matilda, was a claimant to the English throne as the daughter of Henry I (1100–1135), son of William The Conqueror, Duke of Normandy. 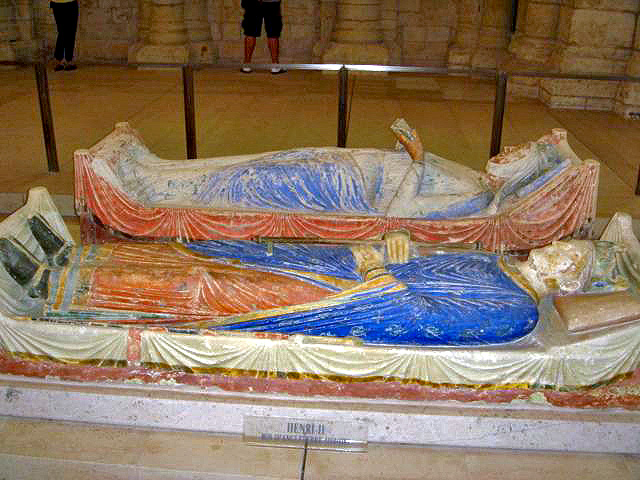 His own claim to the throne was strengthened by his descent from both the English Saxon kings and the kings of Scotland through his maternal grandmother Matilda of Scotland, whose father was Malcolm III of Scotland and whose mother was Margaret of Wessex (St. Margaret of Scotland), granddaughter of Edmund Ironside.

He spent his childhood in his father’s land of Anjou. At the age of nine, Robert of Gloucester took him to England, where he received education from Master Matthew at Bristol, with the assistance of Adelard of Bath and possibly Geoffrey of Monmouth. In 1144, he was returned to Normandy where his education was continued by William of Conches.